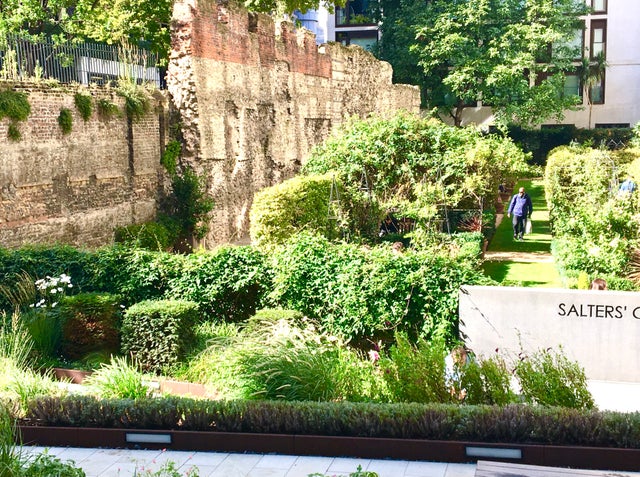 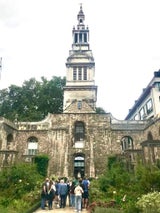 Following the enthusiasm that greeted the May tour of secret historic gardens in the east of the Square Mile (pic: right) we'll be venturing west on a brand new walk, to explore the rich history of gardens that have bloomed in ruined churches, and amid Roman remains, & delve into little-known green havens around St Paul's.

We'll visit a tranquil churchyard garden that once housed a church destroyed by the Blitz, later carefully removed and shipped to the US to be rebuilt stone by stone - all in memory of the UK's wartime leader. We'll visit a pocket park with an eccentric Victorian memorial to heroic acts, peek inside a gem of a courtyard behind a Christopher Wren church, and end at one of the capital's newest gardens - the stunning Salters Garden created by an ancient City livery company around Roman and medieval ruins. And as eve, expect more than just horticultural eye candy... We'll discover how the dissolution of the monasteries reshaped the City, how the Blitz uncovered unknown archaeological sites, and the stamp the Romans left on our ancient city.